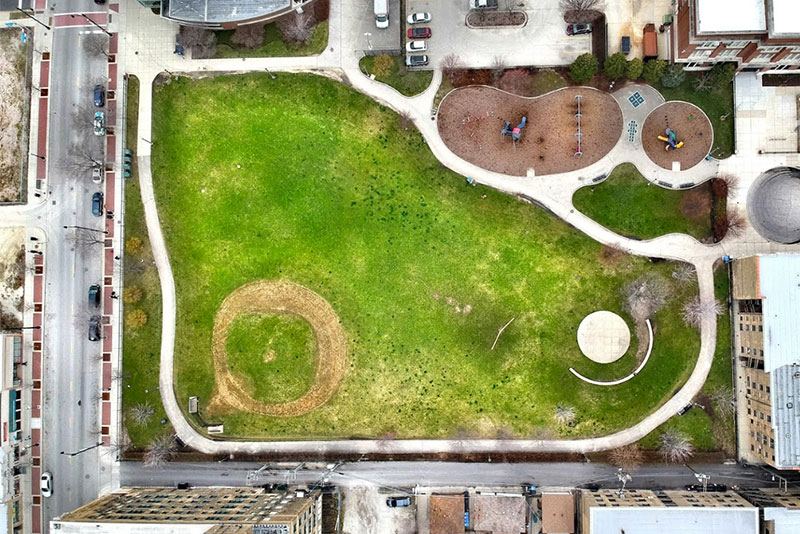 With a market rate housing development underway, and prospects for new businesses, including a Salerno’s Pizzeria, opening later this year, it appears likely that we are seeing refreshing and interesting signs of rebirth.

At the center of all of this sits Willye White Park - the field house and the accompanying field - and a need to channel and fund upgrades. With this thought in mind, the Willye White Park Advisory Council is seeking a Cubs grant to upgrade the field. At their request, I wrote the following letter in support. Though youth baseball in many areas is in decline, an inviting field could help stimulate some exciting programming and neighborhood use..

"I am writing this letter in several different capacities: first, as President of a local group of real estate owners, property managers and other real estate professionals, called the Rogers Park Builders Group; second, as an involved and caring long term resident of the Rogers Park community who, for years, has been involved in youth related issues in the neighborhood; and finally, as a proud Dad, who still enjoys watching his son play baseball - at age 28, he is the starting third baseman for the Gary Railcats of the American Association of Independent Baseball.

"Given the above, I offer my heartfelt support for the request by the Willye Park Advisory Council seeking a grant from the Cubs Foundation to upgrade and repair the baseball diamond at Willye White Park.

"The Willye White Park staff and neighbors who live in the vicinity are uniquely suited to fully embrace the opportunities that would arise if the diamond received this needed upgrade.

"I know several members of the staff, and the Advisory Council that guides it, and I have heard them describe the exciting range of baseball related programs that would play out on the field: community leagues, partnerships with local organizations to have new games, and opportunities for adults to play ball as well.

"Most important, I have gotten to know some of the youth in the community - kids who thrive if offered a proper social and recreational outlet. With a decent playing field and the motivated park staff and volunteers, youth can develop the skills of camaraderie and confidence that can come from involvement in this great team sport.

"In addition, and perhaps most personally gratifying, I have witnessed some of our countries newest residents, young immigrant children who live in Rogers Park, only blocks from Howard Street, many of whom attend Gale Academy, the local school. I have witnessed how these - our newest Americans - show a unique interest in playing baseball.

"I say this from personal experience, as I have personally observed immigrant children take an interest in learning the Great American Pastime.. 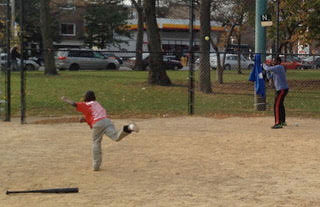 "On the left is a picture of a nine year old refugee boy from Burundi named Placide pitching to his older brother, Leonse - children I met through my involvement in a local youth oriented organization.  Leonse ended up playing right field for his High School team. Placide participated in a youth league the following year - the first games, he was apprehensive and nervous. By the end of the season, I was overjoyed to watch him score the winning run in extra innings in the championship game. I still remember the smile on his face and the pride he experienced, not to mention the social opportunities as he discovered how he can fit in with a broader range of kids his age - boys and girls. Such an experience!

"The Rogers Park community on and around Howard Street - an area that has long been in need of further investment - is committed to seeing baseball play an important role in helping revitalize a burgeoning community. With the help from the Cubs Foundation, for which we would be so grateful, many young people, and adults as well, will find our lives even more enriched with the opportunities provided by an upgraded field.